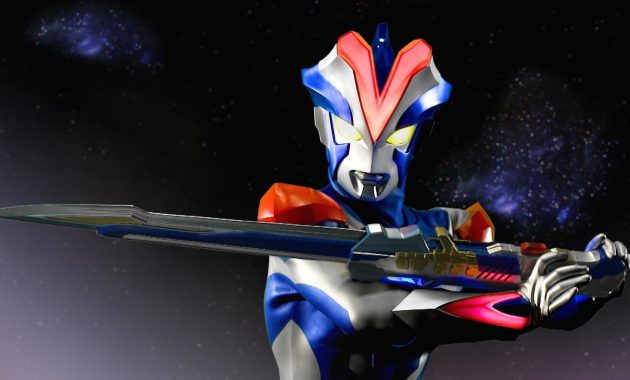 Sinopsis Ultra Fight Victory : Sometime after the previous event, Sho and Sakuya returned to the Victorian Kingdom during their break from working with the UPG. Their reunion with Lepi were short-lived when the party were dragged underground by the monster Aribunta and its master, Yapool, whom steals the Victorium Core. While Sho as Ultraman Victory was left powerless to stop Aribunta, a blue Ultraman named Ultraman Hikari saved him, granting the Knight Timbre, which allows Victory to achieve a new form called Ultraman Victory Knight and finishes Aribunta. As Hikari narrates, in tens of thousand years, the Space Emperor revives himself through a space distortion that can be felt from the whole galaxy. Ultraman King sent three Ultramen, Ultraman Ace, Ultraman Leo and Astra to stop him. Hikari invented the Knight Timbre as means to seal the Emperor’s darkness.

Soon, the Leo brothers fought Yapool’s Super Beasts that were guarding the Space Emperor’s distortion on Planet Guar (惑星グア Wakusei Gua) while Ace fought his old nemesis, Ace Killer on Satellite Golgotha (衛星ゴルゴダ Eisei Gorugoda), whom had Hikaru Raidō/Ultraman Ginga captured and crucified. With Ultraman Victory’s battle tactics uploaded by Yapool, Ace Killer becomes Victory Killer and pummels the Ultraman into submission. Even with Victory Knight’s arrival, Yapool already sent Lunaticks to take care of the captured Ginga until Shepherdon, whom was revived by Show, turn the tables and defeated them before healing Ginga and Ace. The three Ultras joined the Leo Brothers on Guar and Yapool likewise joined his Super Beast after delivering the Victorium Core to the Space Emperor. Ginga and Victory used the Ultraman Ginga Victory combination and defeated Yapool but in his dying breath, delivered the last of his energy to the distortion. The emperor, Juda Spectre, fully revives and sent his monster, Super Grand King Spectre to deal with the Ultras. Victory left Grand King to the rest of his comrades while he assumes Victory Knight again and fought Juda. Eventually, his refusal to surrender awakened the Victorium Core, which instead weakening Juda and Super Grand King Spectre, allowing the Ultras to finish them.

Using the Knight Timbre for the final time, Victory returns the Victorium Core back to the Earth and Victorium Kingdom. Hikari congratulated Sho and Hikaru over a good job. The former tried to return the Knight Timbre but Hikari refused, ensuring the Earth’s future to be safe on their hands.