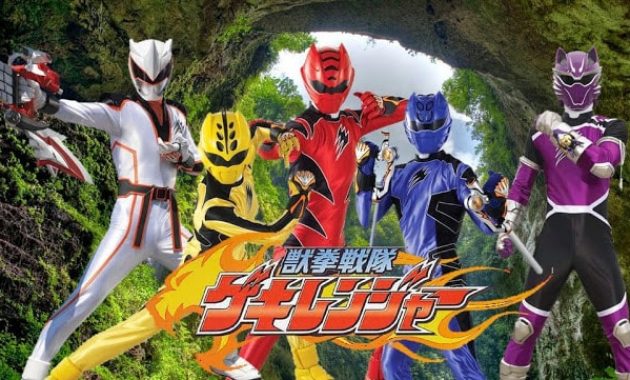 Sinopsis Juken Sentai Gekiranger : Four thousand years ago in China, a form of kenpō martial arts called Jūken (獣拳, “Beast-Fist”) was developed. It was created by a man named Brusa Ee, who came to Japan and built the hidden village Jūgenkyō (獣源郷, Beast Origin Village). Jūken is a martial art in which one mimics the abilities of animals as well as trying to attain spiritual peace. However, dissent grew among the creator’s ten students. Three of them believed that they should use the suffering and hatred harnessed within humans to increase their power, using their power to assume their monstrous forms; the Three Kenma. After Brusa Ee was murdered, the Kenma gathered followers to practice an evil form of the Jūken style known as Rin Jūken Akugata. The other seven students believed that true strength should come from within and engaged their former friends in a great war, ending the fight with a forbidden technique to seal the Kenma’ powers at the cost of losing their own human forms in the process, becoming the Seven Kensei.