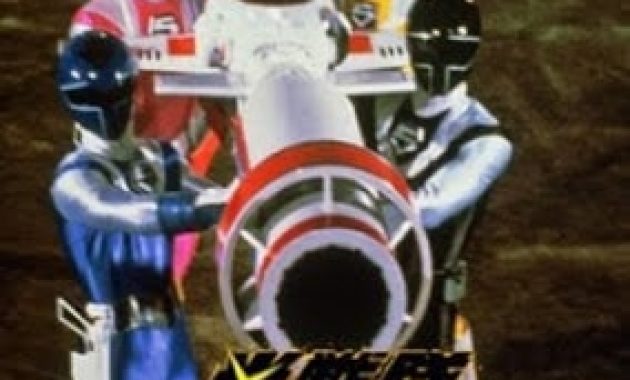 Sinopsis Hikari Sentai Maskman The Movie : The movie begins when Prince Igam goes to the Sea of Tears where she meets a mermaid named Lelai which she tells her to sing the song as she transforms into her human form while singing her song. Behind them, Horn Doggler appears to see them as both Lelai and Horn Doggler are combining their powers to cause an earthquake which causes at the pool side where Takeru and the group are fall beneath it.

Meanwhile, Commander Sugata discovers what happened to Takeru and the group and Azuma tries to contact them. He soon discovers the waves of the earthquake is the same as the wave of the song.

At the Underground Tube, this is how Anagumas explains everything that Lelai’s mermaid song can cause earthquakes in the city and Emperor Seba knows that this is their chance to conquer the world.

At the underground caves, Takeru and the group finally awakens and they found Lelai was wondering around the caves while singing her own song. The group are later confronted by Prince Igam and her group while trying to protect Lelai. The group soon transforms into Maskmen after being attacked by Horn Doggler as the fight ensues. Red Mask soon confronted Prince Igam in a fight until she attacks him to cause debris as he saves Lelai and escape.